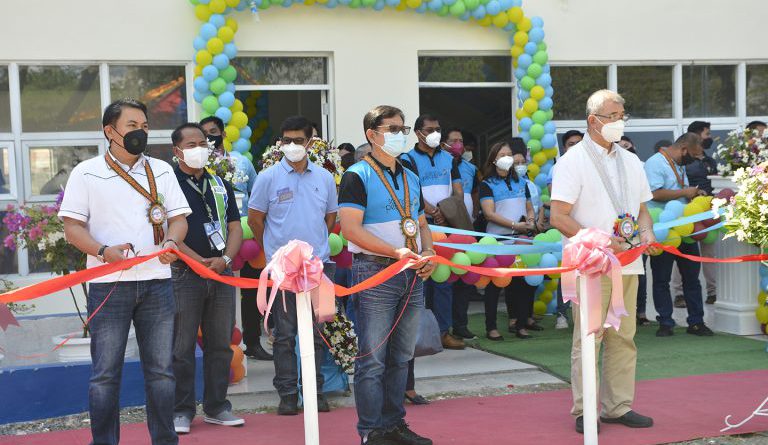 New initiatives to propel science, technology, and innovation (STI) in Cagayan Valley are now set to stage as support from the national government came with the visit of the Department of Science and Technology Secretary Hon. Fortunato T. Dela Peña (March 25).

The DOST Chief attested to the opening of the first-ever Smart and Sustainable Cities Day which has seen the signing of partnership agreements for the establishment of major Research and Development (R&D) niches in the region including textile and smart water management.

Isabela State University would serve as the converging hub of the 3 R&D Centers to rise, including the Regional Yarn Production and Innovation Center- the second of its kind in the Philippines; the Smart Water Infrastructure Management R&D; and the country’s first and only United Sustainable Development Goals Center.

The first ever Smart and Sustainable Cities Day was organized by the City Government of Cauayan, with ISU and DOST-Region 02 in the line, in its bid to foster the growing S&T engagements in the locality with its Smart City initiative and glocalization efforts.

“The collaboration here between the government agencies, the universities, local government unit, and the private sector is really very very strong and productive- and this is the best example not only of whole government but whole of nation approach”, said Secretary Dela Peña.

The DOST chief then turned to commend the leadership of ISU President Dr. Ricmar P. Aquino, noting of ISU’s plight under his stewardship.

“I must say that within the very short period of time President Ricmar has taken over the leadership at ISU, there were so many new programs and new partnerships and new infrastructures that we have seen. I think they have scored high in terms of getting support from DOST, whether we are talking of smart water infrastructure, whether we are talking of textiles, aquaculture, Health Guard, hybrid electric train, and many others”, exclaimed Dela Peña.

“The initiatives and projects mentioned are manifestation of strong collaboration among S&T partners and stakeholders, locally and internationally- who believe and stood firmly with us in achieving inclusive and sustainable development in the region thru science and technology and innovation. Together, let us continue to create a better Philippines amid this pandemic”, said Director Virginia Bilgera of DOST-R02.

A milestone considered for the scientific community, March 25 would now be marked as the Smart and Sustainable Cities Day for Cauayan City.

“We are also privileged, as mentioned by Mayor [Bernard] Dy, we are marking March 25- and it was March 25, 2015, seven years ago, my predecessor Sec. Mario Montejo declared that Cauayan is the first Smart City in the Philippines”, says the DOST chief.

The first Smart and Sustainable Cities Day also showcased prototype programs developed by participating IT programmers and developers in the Impact Hackathon 2022, where two of ISU’s contenders were awarded.

MD by OmniTech champed the program development, with Team ORANGE being shortlisted among the Top 10 Best IT Programs.